Big piece of kit, but packs a punch
When I first entertained the concept of this Ultra Running malarkey it never occurred to me that I would need a headtorch. In first entering the 2011 Beacons Ultra I became aware that a headtorch is mandatory kit. Fuelled with this information I explored the Likeys website. I came across the Petzl Tikka XP2 and happy with the look I purchased it as part of my required kit. It has 85 Lumens and was fairly light weight. Lumens meant very little to me save to say that the more lumens you have the brighter the torch.

During my venture into longer distances I have become aware of just how dark it can be when running. I felt the Petzl Tikka XP2 was more than bright enough and in truth for most things it probably is. With that said there is a wide array of torches with varying degrees of brightness. It was suggested to me that another option might be the LED Lenser h14. With 210 lumens the headtorch is reportedly a lot brighter than the Petzl Tikka XP2. There are also a variety of ways the led lenser h14 can be worn or used. I figured it was worth a look, particularly for dark trails with lots of tree roots.

After placing my order I eagerly awaited the arrival of my new headtorch. Upon arrival it was evident how much brighter it was than my current torch. Please note the review is not intended as a face off with the Petzl Tikka XP2, it's simply the other headtorch that I own.

Upon arrival the disparity in brightness between headtorches was apparent. 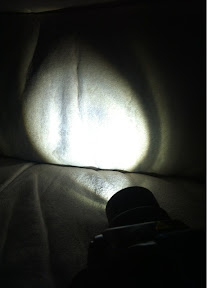 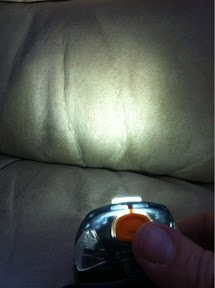 Petzl Tikka XP2 on full power
The difference between the torches is even more noticeable on low power setting. 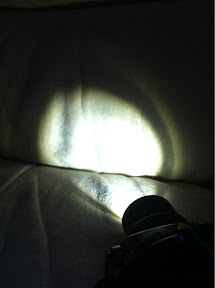 Led lenser H14 on low power
This is compared to the Petzl on its low setting. 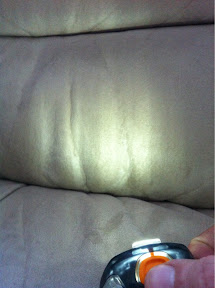 Petzl tikka2 on low setting
Both headtorches also have an effective spotlight. 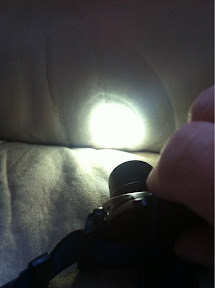 The spotlight option on Petzl tikka XP2 is good, but by no means as powerful as the Led Lenser H14 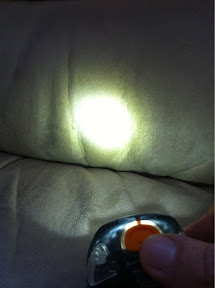 The benefit of the Lenser is that it has a good level of adjustability. It is not a case of bright or dim setting. You can have pretty much any level in between. There are also another multitude of light settings. One being a hazard prevention it is meant to deter wild animals and dazzle attackers. Not much good for me right now but potentially beneficial if I ever do get to do Western States.

The battery pack is easily accessible and batteries seem to last a reasonable amount of time. I also find that this headtorch is relatively heavy but the battery pack is positioned at the back of the head and effectively distributes the weight. If one prefers the Battery pack can be detached and placed on the waist or in your bag. 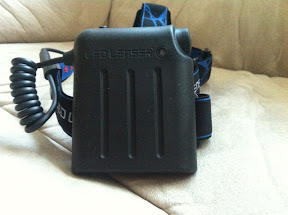 Battery pack at back of headband 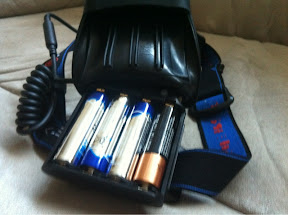 The torch sits comfortably upon my head. Whilst it is not a torch that sits on my head and I forget it's there, like with the Petzl, it is far from a nuisance. In the pitch black at NDW100 I was happy to be wearing this torch.

I leant it to my friend Sam Robson who observed some glare from the bright light on cold breath or bouncing back off the fog. These are conditions where I think you would having to dip any head torch. If you are only ever running in these conditions then this torch may not be for you.

If you are at the front of the pack looking to shave off seconds, saving weight, then again this may not be the torch for you. The bulkiness can also be a bit of an issue if you are running with a small pack and trying to condense the mandatory kit.

The head torch options are absolutely vast and I'm sure everyone will have a different preference. Equally no sooner than this review is completed I'm sure someone will release a new product to blow us all away.

If you are simply looking for a head torch that gives off enough light to fill you with confidence and can be used to light the path ahead and illuminate distant objects, then this could be the torch for you. Plus you always know the security setting is there if you stumble across a bear :)

I also considered purchasing the Petzl Nao which looks great, but at nearly three times the cost of the Lenser Led H14 it should look great. Prices vary greatly between websites. With a bit of searching you can pick this head torch up for around £50 and that in my mind is a pretty good deal.

I alluded to there being many ways to wear this torch. Other than on your head and waist there is also the ability to attach it to your bike.

Finally if you want to avoid having to replace the batteries you can buy a pack with a rechargeable battery. This is the LED Lenser H14R. For me I wanted the battery pack as it meant I could simply switch out the batteries of I needed to and I didn't feel I could justify the additional cost.

I love my LED Lenser H14. Whether you will love it only you can say.