I have often wondered what happens if an idiot is told he is mad. Turns out he tries to prove he is not and there by in fact proving he is. This was certainly the case today. In line with my training needs I decided to head up over Beachy Head and across seven sister. 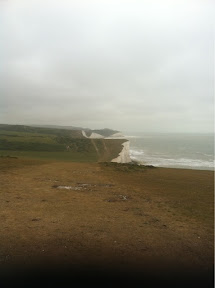 It was an eventful run with gale
force winds smacking me in the face as soon as I hit the top of the cliff. For the next 9miles I was running face first in to the winds. The wind was pretty string and so I ensured I stayed at least 20metres from the cliff edge. I can't say the same for my hat as the wind caught
it and I believe it may now be somewhere in France.

It was a challenging run incorporating a there and back over the seven sisters and a bit hairy when the mist closed in. 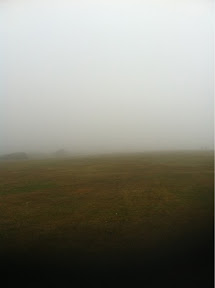 It was like this for about 3miles and eventually cleared for a final comfortable 4 miles. A total run of 25miles.